Scott Gardner was returning from an 18-metre dive in the Keppels on 12 November 2006 when he heard a cracking noise. He saw a tuskfish hovering just above a sand patch near a rock grasping a cockle in its mouth.

His photos show the fish grasping the shell in its jaws and rolling onto its side to land alternate blows on the rock until the shell fractured.

The use of a rock as an anvil rather than a hammer could be considered a sign of intelligence considering the ineffectiveness of manipulating a freely suspended tool in water (Jones, Brown et al. 2011). 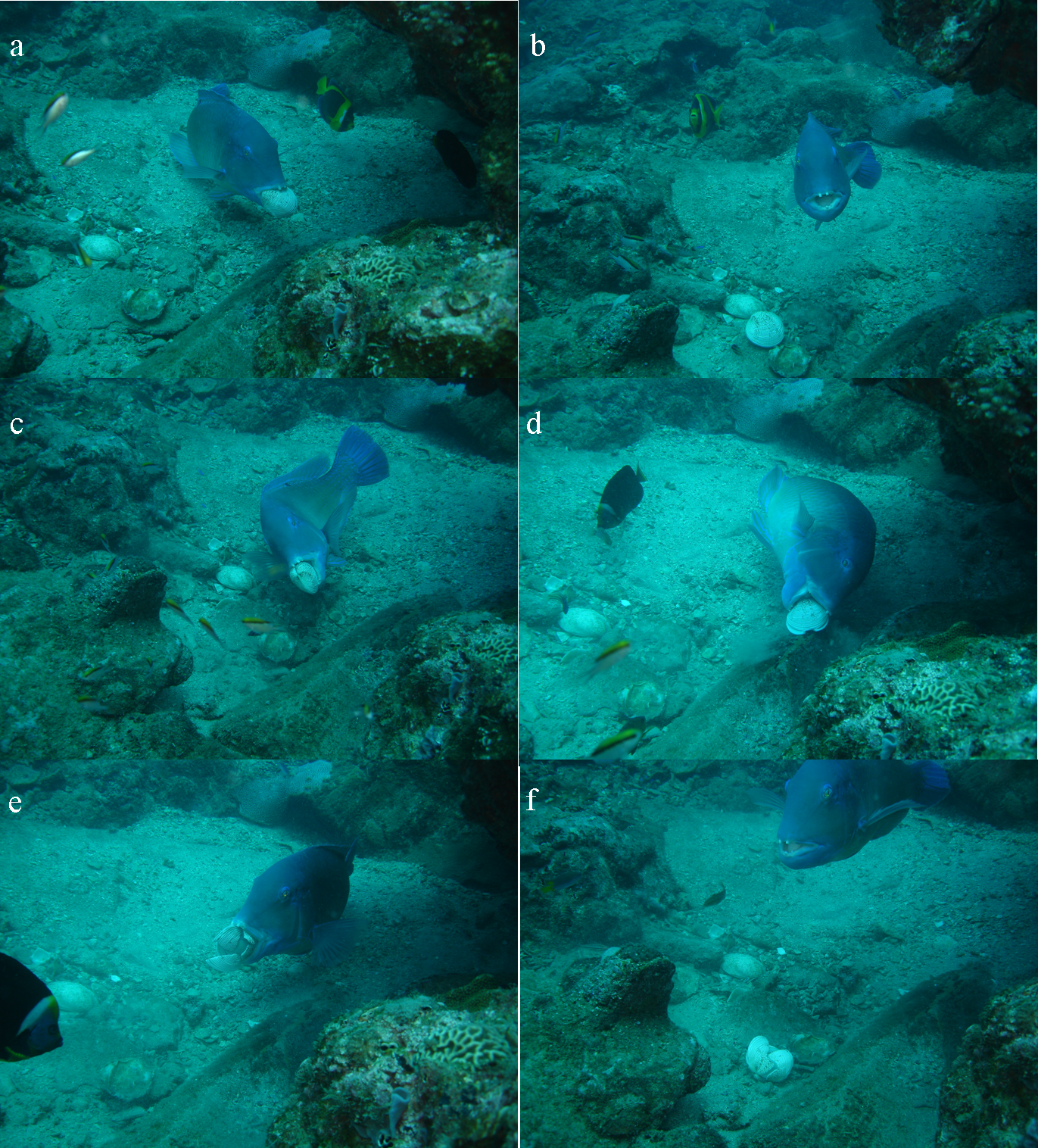